🎥 What Common Mistakes Do Agencies Make When Trying To Grow? (Agency Summit) 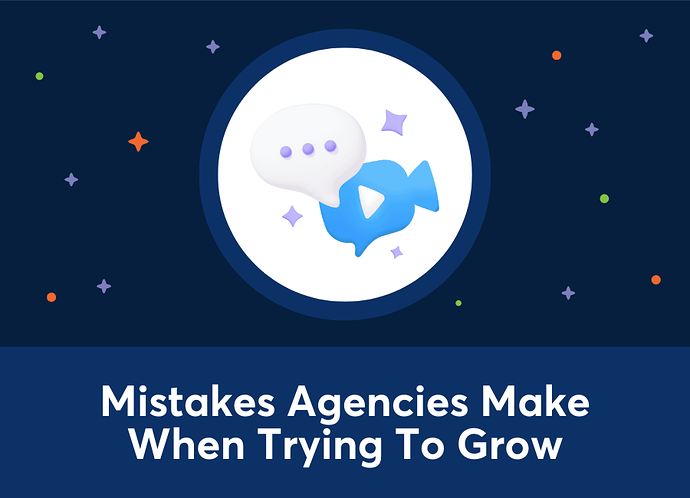 We asked some speakers from this year’s Agorapulse Agency Summit their thoughts on common mistakes agencies often make when trying to grow.

See the video below for one set of answers, and keep reading to find out what Bryan Kramer, Jonathan Jacobs, Jason Swenk, and Alex Dumas each had to say on the matter.

Then, tell us below:
What mistakes did your agency make—or are they trying not to make—while growing? 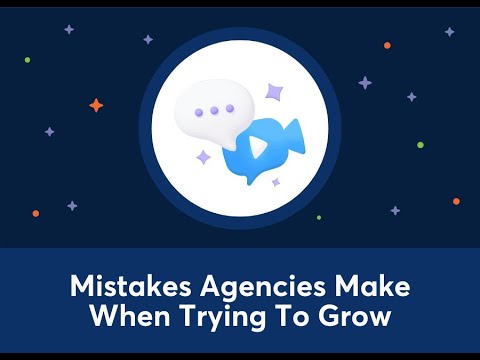 The biggest mistake is when you when you don’t get communication and collaboration down. We’re living in a hybrid—or even remote—world, depending upon what kind of agency you are. So collaboration and communication, and not actually being totally transparent and giving everybody a playbook: “This is how we can communicate. This is how we can collaborate. These are the tools. These are fun ways that we can get together and have a better experience in communication together.” It’s going to change the way that your entire company works. So just start there: give people a place to actually change the way your company operates by communicating better, that’s number one.

So get communication and collaboration down, remove the blind spots by trusting the people you hired to help you remove them, put strategy in place to actually go after those blind spots, and then create more of what you want.

The first one is waiting too long to hire. I think we as agency owners—or if you’re someone who’s running an agency or a team—because we get so focused on the bottom line and because we’re such a cyclical, margin-based business, we always try to extend. Can we push it a little bit further? Can we wait to make that hire till the end of the quarter so our numbers come in a certain way?

When that happens, you negatively impact employee morale because people are overburdened and they end up burning out. Your customer satisfaction usually decreases because you’re not able to deliver on the promises that you’re making. And then eventually you don’t even need to hire anyone anymore, because you may have this issue of a client leaving, or you have to hire double because you’ve burned somebody out and they need to take time off or potentially leave the company.

The second one is neglecting to build a talent pipeline until the last minute. Something I always said when I was running my agency is that, we’re not a big firm, right? People don’t really know about us. They don’t talk about us and Adweek or AdAge that often. So we’re not getting passive resumes. We’re not having folks knock down our door to come work for us. By the end, we were starting to get that, thanks to some efforts we were doing. But if we were waiting for people to come apply to work for us and just submit inquiries, we would never have this reservoir of talent to tap into when we needed it.

The way we approached that was to build a very strong freelancer network. Even if we didn’t need to tap into them that often, we wanted to have a pool of people we’d already kind of vetted, to be able to go into and say, “Hey, we have a full time opportunity; anybody want to come join our team?” And neglecting to nurture that and plant some seeds with people is a big mistake.

The third thing is neglecting how to understand per-project margins and using that to understand your available resources. So really taking heavy focus and heavy attention on: what is the time investment, what is the dollar return on this project, are we over-investing time on it under-investing time, where the opportunities for efficiency to be created? I think we sometimes get focused on the end goals and the outputs, but at a certain point in time you have to be able to step back and say, “Is keeping this one client happy costing too much time, costing too many resources, that could be better spent elsewhere?” And it’s worth taking that step back to move forward.

The other mistake that they’re making is they focus on getting clients, but they don’t focus on how they can grow those particular accounts. That starts even from the sales process: letting them know that you have a methodology for getting them something that they actually want. And there’s a number of different phases that you go through, and just keep educating them.

I remember I had an agency a couple of years ago that worked with Spanx, and we found out, once we started putting a really good game plan together to let their clients know the other services that they added, that they were spending millions of dollars with other agencies that did the same thing that they did. So it’s not all about just getting new clients in; it’s about how you can grow the existing clients and charge them more.

At the top of the list is the lack of clarity, lack of direction. And that always comes from the top down; it’s always on the leader. No matter what you think of yourself, as a leader, it’s your vision. I always say that my job as a leader is to create a vision that’s so big that everyone else in my team can see themselves in it.

The other opportunity for agencies is being able to slow down and not be in this rush to grow, not giving themselves enough space to grow.

What additional mistakes tend to befall agencies that are focusing on growth?