Lots of big name marketers aren’t getting the reach or growth they did a few months ago. What do you think Twitter’s end game is with these tweaks to their algorithm?

All joking aside, I see some of these “big name marketers” who don’t even bother updating the dates on their content. Or they’re sharing something from three years ago which is no longer relevant. Personally, my May on Twitter was pretty good & up from April. But I tweet what many consider a lot. Or at least a lot more than they normally do. 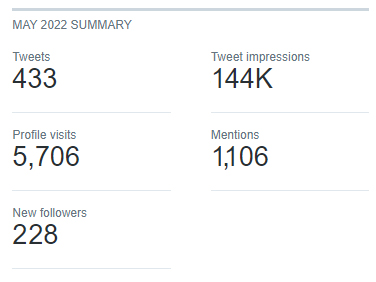 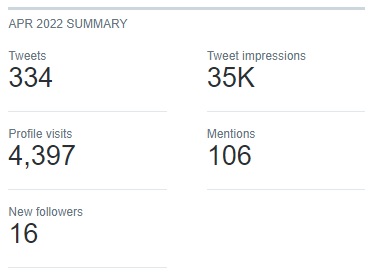 There’s also the Elon Musk (whatever deal) going on right now as well. For all of his fans he also has his detractors. They’ll avoid anything he has his hand in, which as of now is Twitter. Politics, social concerns, etc. also either add or take away from Twitter’s popularity during those specific times or trending content.

Yea I think that is the core cause. With a mix of both people avoiding it and them maybe tweaking things with recent leadership changes.

To @EddieGarrison 's point, it could be that their old tricks (which often did NOT involve engaging) simply aren’t working anymore.

I’m getting great reach and great growth, because I’m actually conversing. In fact, I’m growing much FASTER than I was previously. I suspect the shedding of the bots, plus perhaps a furthering of the valuation of actual engagement vs. just tweeting stuff into the void, is a key factor.