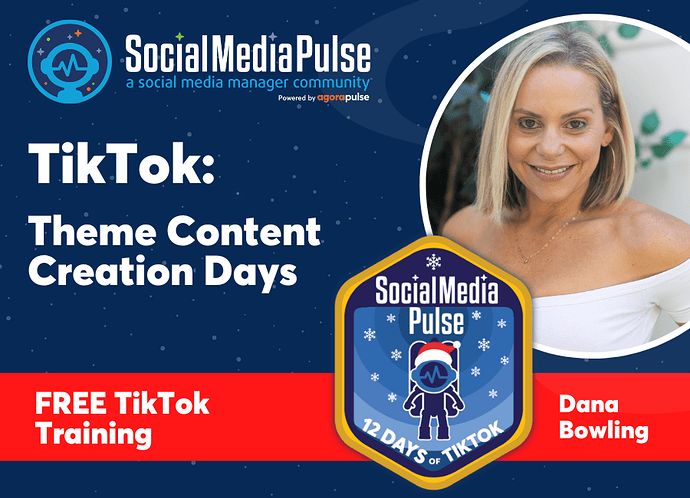 Do you hate the term “batch creation” as much as I do?

The idea of batch-creating video content overwhelms the crap out of me because I have so much to do. How can I guarantee that I can take out three or four hours of my day to film all of the video content?

I’m going to teach you a way that instead of thinking about video content creation like a batching process, you’re going to think about it in theme days. This has saved me and so many of my clients when it comes to creating multiple pieces of video content a week.

Here is my signature process of getting you out there creating consistently.

Imagine there’s five days in a week, Monday through Friday, that you’re going be working on towards content creation.

Instead of thinking of it as a batch recording day one of those days, take your first day.

On your first day, what you’re going to do is you’re going to brainstorm all of your content ideas using a notepad or a notes app, literally just go five minutes. Don’t think of anything. Think of every single piece of content that you could create a video on.

Day Two, you’re going to pull three to five of those videos. That’s it: three to five of the topics that jump out at you. Maybe something that you feel really called to talk about. Maybe something that is being asked about, something that is currently very popular in the media. You talk about those three to five things, you pull them out, and now you’re gonna outline those three pieces of content. You’re not filming it, you’re just outlining it. You’re coming up with your perfect hook or your calls to action. You’re coming up with exactly what you’re going to say. So you’re basically pre-producing all of this content, but not filming.

Day Four is when you decide to go through the editing. That means taking out the ums, the us, the slow pauses, the looking at your notes, the forgetting what you were about to say, or when your dog starts barking, edit. From there, you can decide if you want to add captions from an external source, or whether it’s in TikTok or in another app that you use.

This way, you are guaranteed to always have videos sitting in your drafts ready to go, so that even when you’re busy, even when you’re overwhelmed, even when you’re out of town, you still can show up on people’s feeds because it’s out of sight, out of mind in these days of social media, and you never want to be forgotten. That means creating consistent content.

Brilliant advice. I am a professional content creator and yet I haven’t gotten myself to make a single TikTok video.

I love batching content. May I ask: why do you recommend posting on Thursday - Sunday?

I was curious on Thursday -Sunday but it could be adapted to any 3-4 day range I suppose.

Maybe Thursday - Sunday can seen an influx of people due to being potential days off.

But if you start Day 1 again as soon as Day 5 starts, you could shorten that time frame? I don’t know if eventually it would overlap too much.