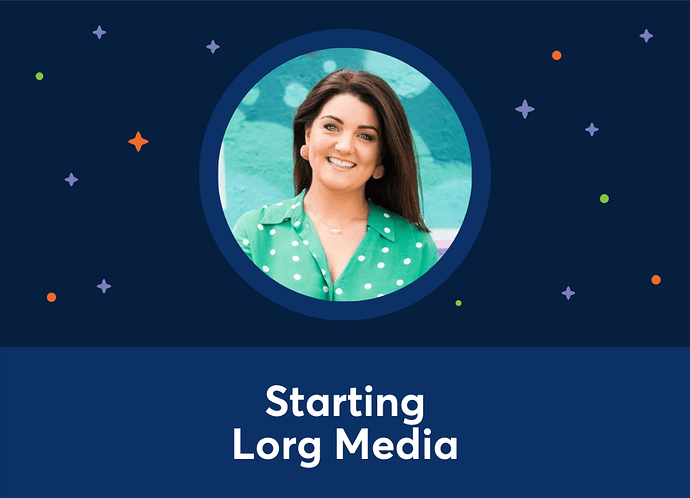 We caught up with Loretta at #kickstart-dublin and asked her why she started her agency, how the Irish language came to be a key part of her brand, and what she’s most interested in right now in social media. 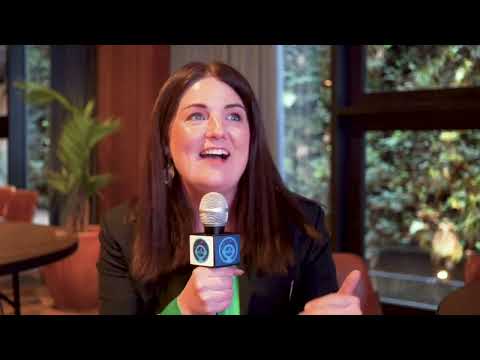 It was very organic, the way Lorg Media started.

I used to work with TG Ceathair and RTÉ—two state broadcasters here in Ireland—as a news director and as an arts and culture presenter. When I did that arts and culture presenting every Friday we would ask artists from around the country, “What are you doing?” and basically whoever had a video got on air, because we couldn’t travel the country, but if people sent us in their video, or if we could rip it down off YouTube, we could give them airtime. So that made me think.

Then I was doing a show on farmer’s markets all around Ireland. I’d worked in a newsroom
where we used to send press releases, follow up on the phone—and then I realized the power of Twitter, and I started tweeting people. This was all in Gaelic and the Irish language, which was even harder, since it was a smaller pool of people that I had to interview. I remember somebody, a TV presenter, saying, “Oh, why don’t you check out this guy, Darina Allen’s son—he is a farmer in Cork, and his son has Irish.” And literally, that’s how I got all my leads. And then I just realized, there’s something special here.

One day I was sitting in the canteen in the TV station just chatting about marketing. They had one Twitter handle for the TV station. And at the end of the conversation, I just said, “If you need somebody to do it, I’d love to do it."

They called me six weeks later, and I walked into a boardroom with 12 people. I thought I was speaking to one person; I’d never done a presentation! I’ve no idea to this day what I said, but I must have said something good because they took me on on a part-time, three-day week. I could keep up my presenting.

Then I ended up applying for tenders, getting a full time position, and I took that TV station through their journey for eight years.

While I was doing that, we started building up our clientele.

One of my first clients was TG Ceathair, the Irish language TV station. I helped grow their social media. And then every other organization in Ireland that uses Irish language started knocking on our door and saying, “Oh, if you did that for them, can you also work with us?"

We’ve branched out now; that’s brought us into the arts and culture, to international arts festivals. We also do a lot of on-the-ground conference social media as well.

It just became a unique selling point and it’s still there at the heart of what we do.

We’ve been there, we’ve all seen the back end of Facebook and Instagram, what’s happened since the iOS came in; we can’t sell ads like we used to. We’re looking for new tools
that can integrate Google Analytics with Facebook to bring a better ROI back to our clients.

What I’m really interested in now is learning about tools—like Agorapulse—that help us bring more value to our clients.

Loretta Ní Ghabháin @loretta
Hi my name is Loretta Ni Ghabhain and I am the Founder and Director of Lorg Media the Digital Marketing Agency based in Galway’s West End in Ireland.
For more info click here - https://lorgmedia.ie/

Do you have an agency? If so, how did it start?

If you don’t, have you ever considered starting one? What got in your way?

Great story and impressive being able to work in Gaelic. I love those serendipitous moments that just create amazing change and momentum in your life!

I’d love to learn Irish someday. They teach it in schools there; a few of my cousins really focused on it and one even teaches it now. I’ll need her to teach me (beyond the few dirty words I had her teach me in high school)!

Thanks guys it was lovely to meet you Christine Gritmon, super impressed with all the content you pulled together on that one day in Dublin.

A full dozen interviews (including my own presentation)—I’m still rolling them out!
Almost finished with them, and then it’s time for the June conferences here in the US…I’ve got an embarrassment of riches when it comes to amazing content sources!