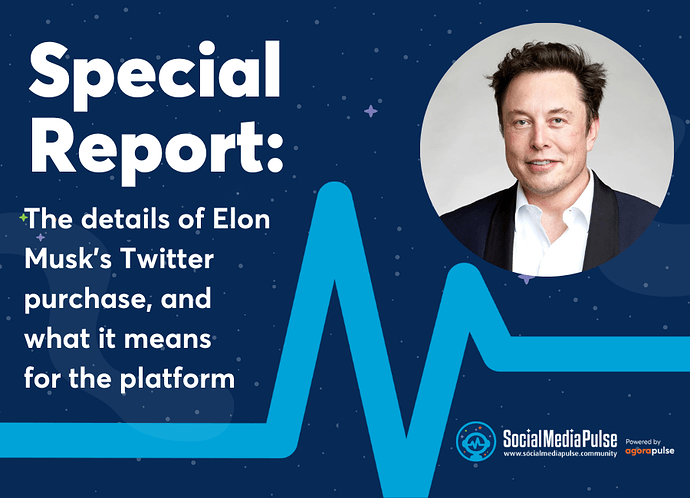 Before the purchase was finalized, Musk famously carried a sink into Twitter headquarters on Wednesday morning, later Tweeting a video with the caption, “Let that sink in.” He spent the rest of the day meeting with Twitter employees. 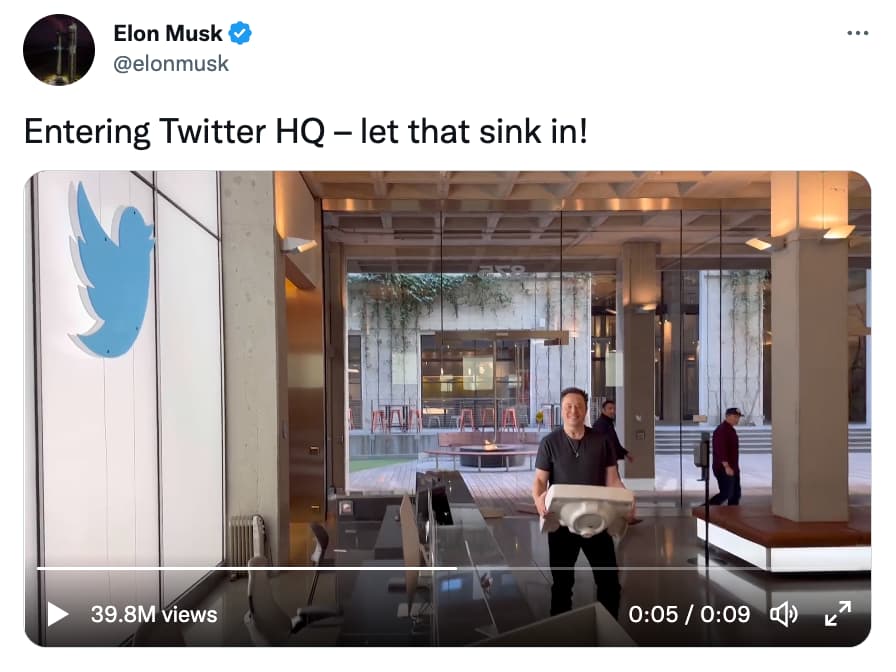 The deal comes mere hours before the Friday deadline imposed by courts for the rescheduled trial against Musk by the Twitter board.

Many have speculated what the platform could look like under Musk moving forward, and his takeover has been preceded by mass employee resignations. In the past 90 days alone, over 500 Twitter employees have voluntarily left the company. There are reports that Musk told potential investors that he planned to lay off 75% of existing staff and make dramatic shifts to the company’s internal operations structure.

Musk’s own declarations include a recommitment to “free speech,” a phrase critics worry could mean deregulation of hate speech, reinstatement of controversial figures previously banned from the platform (including, as promised by Musk himself, former President Donald Trump), and a crackdown on bot accounts. Musk has also mused about turning Twitter into an “everything app” called X.

Musk published an open letter on Thursday illustrating his vision for the platform.

“…it is important to the future of civilization to have a common digital town square, where a wide range of beliefs can be debated in a healthy manner, without resorting to violence. There is currently great danger that social media will splinter into far right wing and far left wing echo chambers that generate more hate and divide our society.”

“I bought Twitter…to try to help humanity, whom I love.”

The timing of the takeover could test the limits of Musk’s anti-regulation policies, with major elections in numerous countries coming up—only time will tell what impact Musk’s new policies will have on the platform’s previous restrictions against misleading political information.

April 2022: Musk joins the Twitter board, then promptly resigns from it.

May 2022: Musk puts the deal on hold, stating that Twitter has provided inaccurate information regarding active user total and bot count, among other complaints.

June 2022: Musk threatens to pull out of the deal.

July 2022: Musk files to nullify the deal; Twitter board responds with legal action against Musk.

October 2022: Musk offers to purchase the platform after all, if Twitter drops legal action. Trial is postponed, giving Musk a new deadline of Friday, October 28 to finalize the purchase or face trial.

October 27, 2022: Musk purchase of Twitter is completed at the originally agreed-upon price of $44 billion.

He states that Twitter will fly by European rules and after having a conversation with Elon, there’s video of Elon agreeing with Thierry on what they’ve spoken about.

It’ll be definitely interesting to see how things go with Elon at the helm. I’ll be optimistic.

Thank you for posting this—YES—no matter what power Musk thinks he has, he still has to abide by the rules of the markets in which Twitter operates.

I have been looking at Twitter alternatives though, which should see an increase of users. I did see one that had a RIDICULOUS privacy statement, I mean that it was so vague and expansive that they basically owned and could exploit ANYTHING you put on that site.

I feel like I’ve been the positive side of the scale all day in so many conversations. I think we need to give him a moment to sort it out. I think he’ll be a good influence and I’m surprised/not surprised at all the negativity.