The company will also be ending its short-lived short-form audio feature, Soundbites, which was conceived as “TikTok for audio.”

Clubhouse-esque Live Audio Rooms will be integrated into Facebook Live, allowing users to go live with just audio if they choose.

With this rescinded focus on audio, the Facebook audio hub is also shutting down.

For context, these features had only been around for about a year, and some weren’t even out of beta yet. In April 2021 Fidji Simo, Head of Facebook App wrote a piece for the Meta news blog announcing that Facebook was Bringing Social Audio Experiences to Facebook. The actual announcements of Live Audio Rooms and Podcasts on Facebook didn’t come until June 2021, less than a year ago.

Facebook has been notifying app users that these location-sensitive features are being discontinued. This comes amidst years of Facebook, as well as iOS and Andorid, rolling back potentially invasive mobile features around increased privacy concerns.

In a Facebook post following an Earnings call, Mark Zuckerberg sounded bullish on Reels and AI, noting an increase in short-form video and a major shift in feeds from being mostly content from accounts you know and follow to now having more AI-recommended content, curated via what Zuckerberg is calling a “Discovery Engine” which “unlocks a large amount of interesting and useful videos and posts that you might have otherwise missed.”

This is consistent with recent statements by Instagram’s Adam Mosseri, who reiterated his belief in the value of a curated feed incorporating recommended content from accounts you don’t already follow.

“In the future, I think that people will increasingly turn to AI-based Discovery Engines to entertain them, teach them things, and connect them with people who shared their interests,” Zuckerberg said.

Zuckerberg stated that Meta’s “ambitious vision around building the world’s Discovery Engine is attracting a lot of the most talented AI folks to work on this program.”

Meta is hosting its first virtual Conversations event on May 19th, which Meta calls its “first-ever event on the future of customer communication and business messaging.”

In response to increased mobile-first viewing, Instagram is testing what it’s calling an “immersive feed experience,” where vertical videos and photos will take up the entire mobile screen (9x16 ratio).

Instagram has also opened up the ability to use Product Tags, so you can tag any product on the platform within your content, not just products in your own shop.

You can now identify a category in your profile–such as Digital Creator, Product or Service, or Community–and Instagram’s new Enhanced Tags mean that when you are tagged in a post, your category will show up in that popup.

Finally, the algorithm will be ranking for originality. Creators of original–not shared–content will now get more algorithmic juice from that. Instagram is testing hiding story parts on longer multi-party stories; it will display how many parts there are, but will only show you a few by default and prompt you to click through to see the rest.

@TwitterSafety
Some Tweets are for everyone & others are just for people you’ve picked. We’re now testing Twitter Circle, which lets you add up to 150 people who can see your Tweets when you want to share with a smaller crowd. Some of you can create your own Twitter Circle beginning today! https://t.co/nLaTG8qctp

Twitter is testing their new Twitter Circle feature which lets you control tweet visibility to a chosen group of up to 150 users. This is reminiscent of Google+ circles and of Instagram’s Close Friends feature.

In an effort to reduce “low-quality content,” LinkedIn is deprioritizing posts that directly ask for likes, reactions, or comments. They’ve also heard feedback that there are too many polls in the feed, so they’ll prioritize polls from people in your network vs. polls that are simply popular.

YouTube creators that have more than 1,000 subscribers will now have access to the new Live Redirect feature. Once your live stream ends, instead of sending viewers someplace random or just stopping, autoplay will move your viewers to the Premiere or live stream of your choice.

TikTok isn’t a social media platform, according to TikTok

According to TikTok head of global agency and accounts Khartoon Weiss, TikTok considers itself an entertainment company instead of a social platform based on the behavior of viewers. This is largely due to the lack of multitasking–TikTok doesn’t let you do other things in the background–the proclivity of users to scroll rather than engaging or clicking off-platform, and the relative lack of interaction opportunities with other users compared to other social platforms.

Guide for working with influencers and ad campaigns

TikTok’s Pulse advertising program is introducing a revenue-sharing model open to creators with at least 100,000 followers. Advertisers on the platform will be able to use TikTok Pulse to place their ads adjacent to the top “verified content” in TikTok’s For You feed, and creators will be able to profit from a share of that advertising revenue.

Pinterest TV is introducing live streaming and shopping to a select beta group of creators. 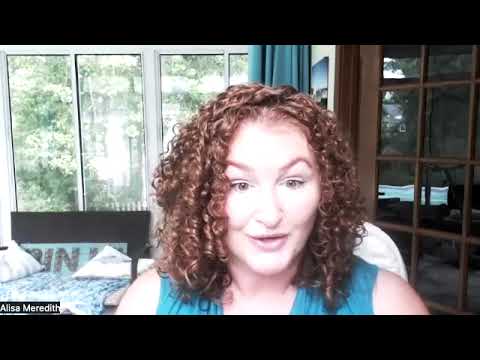 WhatsApp has rolled out emoji Reactions, much like those available in the Facebook feed, Facebook Messenger, and Instagram Stories, and has expanded the Group Chat feature to accommodate up to 512 people. (Why 512? Who knows!)