Instagram is testing the ability to show off your NFTs on the app.

As part of the US-based test starting May 9, selected Instagram users can share NFTs they’ve bought or created by connecting their Instagram accounts to their digital wallets.

Instagram can automatically tag the owner and the creator and collector, as well as sharing a statement from the artist, via blockchain data. NFT posts will have a “Digital Collectible” tag in the lower right corner and will shimmer.

Per MakeUseOf.com, “Instagram will support NFTs on Ethereum and Polygon blockchains at launch, with Flow and Solana coming soon after. Artists and collectors will be able to use Rainbow, MetaMask, and Trust Wallet wallets first, followed by Coinbase, Dapper, and Phantom wallets.”

Instagram testing adding more than one link in bio

Reverse engineer Alessandro Paluzzi has uncovered code indicating that Instagram plans to test the ability to put multiple links into your Instagram bio, specifically including a Facebook link and a link to a Facebook group.

Stephane Kasriel, head of fintech for Meta, revealed in a Medium post that Facebook Pay is being rebranded as Meta Pay. They’re focusing on improvement in areas they’re already operating in rather than expansion, and they’ve got their eye on extending this technology into the Metaverse, enabling Meta Pay to function as a wallet for more than just currency.

One of the biggest points of difference of this particular headset from Meta’s other offerings such as the Oculus is that it contains high-resolution full-color video that incorporates the real world environment via external cameras to enable mixed reality experiences via Meta’s Presence platform.

No more AR filters in Texas or Illinois (for now)

Meta has turned off augmented reality filters on Facebook, Instagram, Messenger, Messenger Kids, and Portal for users in Texas and Illinois due to facial recognition and privacy laws.

The decision comes on the heels of an ACLU lawsuit in Illinois against Clearview AI, a facial recognition company, though Meta insists that AR technology such as filters are not, in fact, “facial recognition," and plans to create an opt-in to allow users in Texas and Illinois to use those AR effects again soon.

Elon Musk announced that his deal to purchase Twitter is “on hold,” though he reassured his followers that he’s “still committed to acquisition.” The uncertainty centers around how many accounts on Twitter are from fake users; it is speculated that Musk believes the percentage is higher than the “less than 5%” Twitter is reporting.

Twitter has announced that it will limit visibility of accounts that engage in “copypasta,” which Twitter defines as “an attempt by multiple individuals to duplicate content from an original source and share it widely across social platforms or forums.” This limitation appears to only impact visibility to non-followers, though repeated violations may result in account suspension.

Per Matt Navarra, Twitter Labs is testing the ability for Twitter Blue subscribers to upload higher-resolution 1080p videos, as well as longer videos of up to 10 minutes. 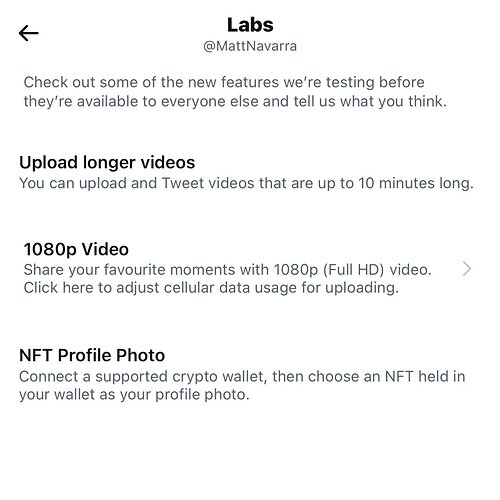 Reverse engineer Jane Manchung Wong uncovered test code that implies future Twitter options to start a space about a given tweet, as well as the ability to pin a reply within a comment thread.

Twitter has rolled out a test to some users to search for Spaces by topic. 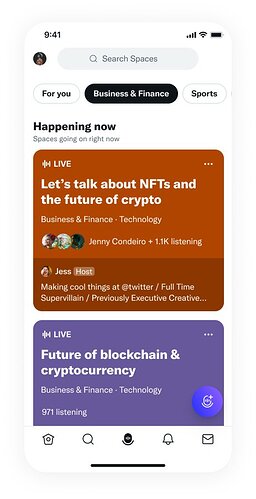 @
looking for something kinda specific? well now some people can browse Spaces by Topics in the tab 🤩 when starting or scheduling a Space, tag it with relevant Topics so people can find it more easily! if you have access, let us know what you think

Twitter has also rolled out a test of a revamped Tweetdeck UX.

Twitter has also unveiled updated Terms of Service, with different sets for European Union, EFTA States, and the United Kingdom vs. all users outside of those areas (including the United States).

LinkedIn has announced several new features, most notably live captioning for LinkedIn Live videos and the ability to share reviews for service providers.

YouTube has opened a small beta test of creators for their new Membership Gifting feature. Only creators who already have memberships enabled are qualified to apply for the beta.

YouTube started testing their Clips feature back in January, and has now expanded access to the feature to all creators on the platform. Clips allows creators to create a looping video clip of up to 60 seconds.

YouTube Shorts already introduced the TikTok-esque Remix feature, and now they’re taking it a step further with a Green Screen feature that lets users use a segment of up to 60 seconds as the background for a new Shorts video.

Similar to the above-mentioned Clips, YouTube Shorts has also unveiled the ability to create 1-5 second “Cuts” from any video in order to repurpose it as a Short.

These new features are iOS only for now, but YouTube plans to roll them out for Android soon.

TikTok has partnered with Foursquare to increase the ability to attribute foot traffic and sales via their ads.

“With Foursquare, this integration will focus on the metrics that are critical to advertisers with physical business locations. Advertisers will be able to understand how effective their media plan on TikTok has been and discover new insights to optimize campaigns, ultimately tying their TikTok investment back to real-world visits at their business locations.”

“User” generated content is so passe–in recognition of the importance of community to their platform (as well as their recent assertion that they’re an “entertainment platform” rather than social media), TikTik is now celebrating what they’re calling “CGE,” or Community Generated Entertainment.

“CGE enables Creators to pull their audiences into their content through entertainment and collaboration, curating communities with a long-lasting relationship,” according to the TikTok for Business blog.

Lots of news.
The one that I am looking forward to: the possibility of adding more than one link in your Instagram bio.

What I’m wondering is, while Instagram is adding ten new features every dang week, how do we STILL not have native feed post resharing???