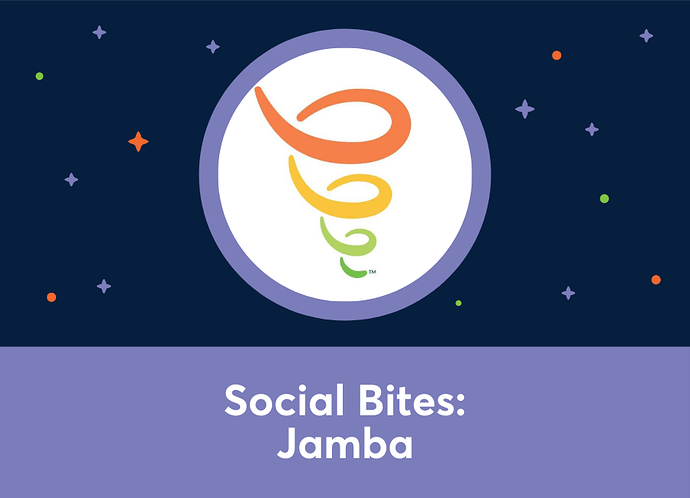 Jamba Juice (as an interim)

What was the best thing about managing this account?

It’s a fun brand! There was a lot creatively you can do with a brand like Jamba. We also didn’t have a super established voice on social so I worked with the creative team to craft one.

What was the HARDEST thing about managing this account?

The DMs! There were so many complaints and there was so little I could do about them except give the guest a link to get in contact with guest relations. I just couldn’t make everyone happy.

How do you think up your posts?

TikTok: I was often inspired by my own feed, and would look out for audios/trends that made sense for us.

IG/FB: This was hard for me. It was the most heavily “monitored” so I made sure to hit on topics the brand wanted to hit on, while trying to keep each post relevant and social friendly more than feeling like an ad. A lot of my concepting for the shoots came from deciding on an overall “feeling”: bright, channeling excitement, and making the product the main character.

Twitter: I worked to make shareable content. Things like “man I love smoothies” would get a lot of RTs just because that’s shareable. I tried to think of what audiences wanted to say that Jamba could channel, instead of just putting out content that Jamba wanted to say.

Was there a long approval process for social content or were you trusted to pretty much do your own thing?

Depends on the platform.

Twitter was just me, no approval process. I sent TikTok drafts to the VP of marketing for approval. IG/FB needed approval for the idea/calendar, then leadership looked over the photos after the shoot, too. They didn’t have a lot of advice but I made a few tweaks from it.

What have some of your most popular posts been, and why do you think they struck such a chord?

My most popular tweet was “it is so sad that you do not have a smoothie right now.”

The most popular TikTok was me doing a trend: sitting on my floor throwing grapes into a cup.

#PenInTheCupChallenge but make it ✨jamba✨

I think both of those humanized the brand a little. People don’t really like brands, they like other people. Putting in a little relatable emotion/tone and showing myself and my personality while doing a trend just feels more relatable.

What have some of your favorite posts been, even if they aren’t necessarily the ones that went “viral”?

I made a stop-motion-style TikTok of smoothies walking around to a viral sound. They danced around a bit, then came up on their friend who was “dead” (spilled on the ground) and screamed. Man, somehow I did get those smoothies to really look emotional!

the scariest thing of all? not having Jamba 😔

What do you wish you knew before you started managing this account that might have made things easier at the beginning?

Oh, everything. I was not qualified to have done that and I’m sure everyone knew it, haha. I was just there out of necessity.

I didn’t know anything about thinking up posts, scheduling a shoot, hiring models, or how/which complaints to bring up to which people. I also didn’t understand how to build out the content calendar, which is crazy because you’d think it would be obvious…but our poor content creator really dragged me through it.

I also think I had a lot more creative freedom than I took advantage of. I felt kinda stuck and like I had to JUST maintain the accounts, but I wish someone would have flat out said, “Hey, if you’ve got a wild idea…hit me with it. It’s worth hearing. You’re the social media manager, not just someone maintaining.”

What’s your advice for someone starting out in social?

Just make stuff! Throw everything at the wall. Do lots of random stuff to see what sticks and then hone in on what works.

What’s your advice for brand managers to get the best out of their social media managers?

Funny question since I’m on the brand team now!

I think brand managers need to trust the social media manager’s expertise in what the audience thinks. Arguably, people working in social have the best idea of what the audience says and does. Their insights are essential to understanding your audience.