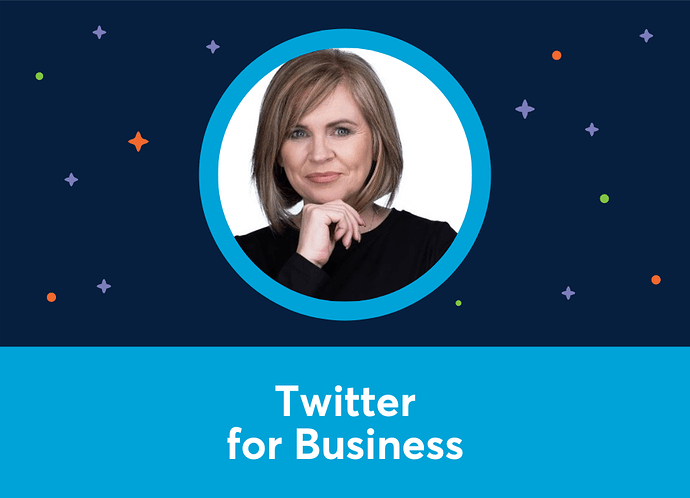 Samantha Kelly is the “Tweeting Goddess” and founder of the Wedo Women’s Inspire Network.

We caught up with Samantha at #kickstart-dublin and asked her about her favorite new Twitter features, how to use Twitter for business, Twitter lists, and of course her opinion on the big Twitter news!

Find Samantha on Twitter at @TweetingGoddess and at WomensInspireNetwork.com. As we all know, there’s been recent news about Twitter, but you know what? Just keep doing what you’re doing. Keep building relationships, keep adding value, and keep engaging. And if you add value, and if you add anything that brings hope or inspiration to people, you will thrive on Twitter.

So many people have a fear around Twitter because all they see in the media are the negative tweets that are featured on the screen on the news broadcasts. But there is a huge community vibe in Twitter.

If you are an expert, if you’re the go-to expert in your space, Twitter is a great place to show that off. Think of it as LinkedIn’s living room. So if you want to get to decision makers, CEOs, B2B, anyone in the B2B, small business owners, artists, journalists, celebrities, Twitter is the place to be.

But only only if you add value and you bring something to the table. Add value, engage, build relationships, And you’ll do really well on Twitter.

You can also have private lists. It’s a great way to collect and gather leads or engage with people that you want to keep an eye on. Maybe there’s someone that you think might be a potential client. You can keep engaging with them and checking in on them, maybe surprise and delight them every now and then with a retweet, just to stay top of mind.

Twitter lists are a great way to really enjoy Twitter and not end up down a rabbit hole.

How has Twitter been a valuable tool for your business?

Using Lists more regularly would give me sooooo much of my time and energy back…I preach them but don’t actually use them nearly enough!