Pricing Yourself As A Freelancer (Dustin Stout) 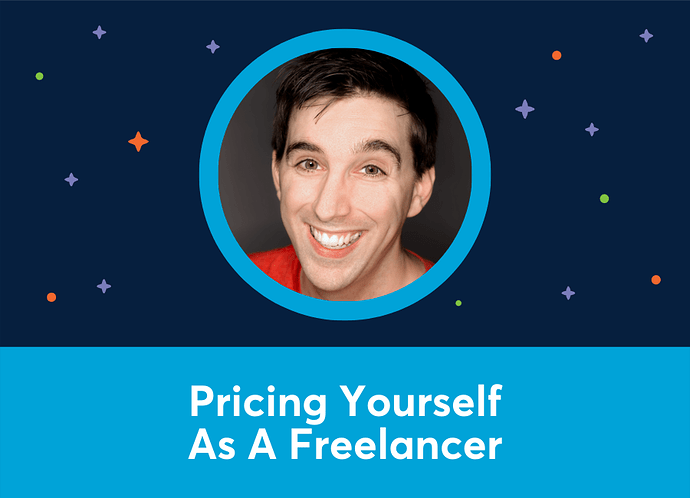 When you’re getting started, it’s really hard to figure out your pricing, because the temptation is to sell yourself short. You’re inclined to be the cheaper version of everything else that you think is out there. And I think one of the biggest mistakes everyone makes—I’ve made it myself, several times over—is discounting your perspective.

As human beings, a lot of us struggle with this idea of thinking less of ourselves than we should (though there are certainly plenty of people who think of more of themselves than they should). But I think a lot of us in the marketing world, at least people that I’ve worked with, tend to discount ourselves too much.

So, first and foremost, don’t discount your particular perspective, because nobody else has it. Always understand that you bring unique value to the table that nobody else can bring.

Also, forget about all the other people out there who are successful. I used to play this comparison game where I’d almost feel guilty not recommending that a client go to a competitor instead of me, because I thought the competition was so much better than I was! But that’s not true. First of all, they likely couldn’t even get in with that other person, because they were probably either booked out or way too expensive. But, there’s also the fact that the other person would never have my perspective.

Beyond that, it’s really just a logistical matter of sitting down and figuring out how much you need to make in order to do this in the best possible way.

I know a lot of people say, “What do you need to be running enough profit that you could just be living on ramen and making ends meet, at the bare minimum?”

For me, I approached it in this way:
How much did I need to charge in order to really want to do a great job for this client, and not be distracted by having to do 15 other ones? What does that absolute cost look like?

Another thing marketing freelancers don’t focus on enough is creating almost productized versions of our services.

In your head, you probably know you can do a million different things. But when a client is coming to you, they have a very specific problem that they want to solve. And because you know too much, you might want to solve all the problems they don’t know they have.

A lot of times we unintentionally force our audience or our potential clients into the paradox of choice: we force them to pick from all of these possible things that we could do. And because they see all of these choices, they are making no choices, because they just don’t know where to go.

For me, I needed to sit down and ask myself, “What are a handful of things that I really love working on? What are the handful of problems that I really love solving, and how can I package them into easy-to-sell ‘products,’ as if they were going to Amazon and searching for ‘need more email subscribers’—how can I package that into an easy product?”

I like to think of things in threes, so I tended to come up with three packages or three products that I’d sell when I was doing full time consulting, and that really helped me a lot.

It’s much easier to set a price for a product than to try and set an hourly rate, then estimate how much time you need for that amount of work. Packaging just makes it that much easier to come up with a set price. So, you’ve done the work of saying, “How much do I need to charge in order to do a really great job?” And then you’ve packaged it in a way that says, “Here is the problem I’m going to solve, and here’s how I’m going to do it.”

forward. I will not be out-GIF’d.

How did you figure out how much to charge when you were getting started?

What a great topic @dustin - one that gets social media managers again and again. I started out charging nothing for my first client, but I got a title on LinkedIn (social media director)

. Next I did hourly for a few years, then I white-labeled services with an agency, which opened my eyes to the possibility of charging way more and offering packages. I now start each client with a strategic plan (one-time fee) and that plan will reveal what services they need from me. Then I put together a proposal for services. I know who my ideal client is at this time in my business (because it changes!), so that helps me put together my inbound content strategic planning! My advice to new freelancer is to charge what makes you happy BUT once you have 3 yesses, RAISE your rates. Do this each time you get quick yesses to your proposals. That is how you can scale.

You started charging NOTHING? Oh no! Glad you got out of that quickly (I hope)!
When I did social media for clients, it was always priced for a package, not hourly. And I agree with “if you get too many yesses, time to raise your prices”! @whistle are always telling their Atomic members to raise their prices. I often hesitated, since so many of my prospects said no because it was “too expensive”—but you never want “the cheapest!” to be your differentiating factor.
Also (and, again, a lesson from @whistle) : money objections are almost never about money. People are spending money on other things. Don’t be afraid to ask the questions that get to the bottom of the “no.” WHY is this not something they’re ready to spend money on now? What are they spending money on instead? Can the service you’re offering them actually save them money and time somewhere else, and/or result in enough new money coming in that it more than pays for itself? We’re often too daunted by the “no” to dive into those uncomfortable conversations, but it’s the way to learn.

I held that ‘free’ title for three years (it was a local non-profit) and I was able to build a slew of paid local clientele with the title of ‘Social Media Director’. I had no credentials or credibility when I started (I’d been a stay-at-home-mom for 14 years and have no college degree). This title gave me legitimacy and social proof and sparked others to hire me. #yougottostartsomewhere