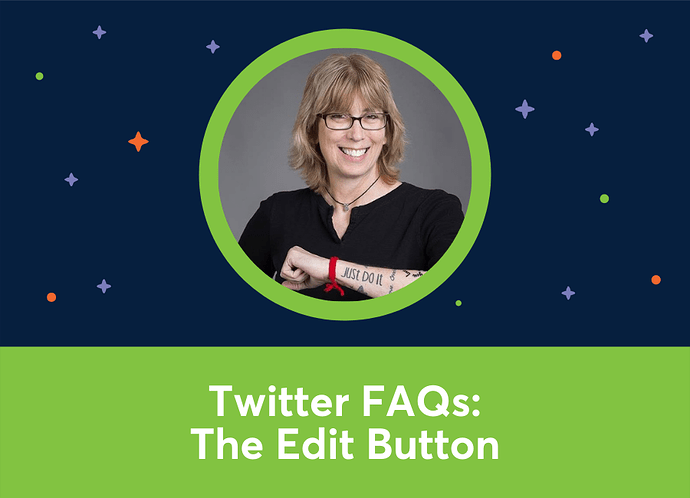 Twitter expert Madalyn Sklar explains all the hoopla around Twitter’s long-desired (and long-withheld) Edit button, and how one might work. Twitter has announced they’re working on an edit button, a feature many users have been requesting for years. They’ve apparently been working on it in secret for about a year.

Despite the demand for it, there is a lot of controversy around this issue, with distinct pros and cons.

I feel it’s a great thing to have; so many times on Twitter we’re moving at lighting speed, we send out a tweet and then we realize we didn’t say something in the way that we meant to and we wish we had an Edit button to just make a quick edit.

The concern is: what if you frame a tweet a certain way, it goes viral, it gathers likes, retweets, and conversations, and then you go edit the tweet and completely change the scope of that conversation? Now those people who were liking, tweeting, and commenting may not feel it still reflects their views.

One proposal is that the edit button come with a time limit, a one or two minute window—it’s not enough time for a tweet to truly gain steam and go viral, but it is enough time to recognize if you’ve made a mistake.

Twitter’s paid subscription service Twitter Blue already contains an Undo feature which is very similar: you can set a time delay—say, thirty seconds—and your tweets won’t actually go live until it gives you that time to change it. (I only have mine set for five seconds since I tend to know right away if I need to undo it or not, and I don’t mind deleting and starting over!)

Another feature that could help is emulating Facebook: when you make an edit on a Facebook post, it will indicate that it has been edited, and you can see that things were changed and what it was prior to being edited.

If Twitter works on that fully to cover every angle, I think it will be a great feature.

I’ve been using Twitter Blue for a couple of months now, and I’m seriously LOVING the undo button. It’s great for catching typo’s, or for that last-minute proofread. I agree with Madalyn about the timed edit button with the flag on the tweet to call-out that it’s been changed after it was tweeted. That would be a great way for the platform to stay transparent but still give the people what they want.