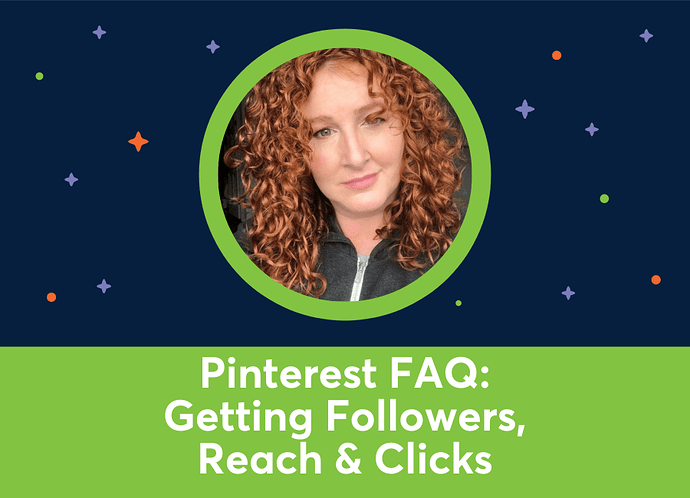 To get traffic, you’re not going to use idea pins, because idea pins don’t have links on them. You’re still going to use some static image pins and video pins. Those take a little while to take off, but just like with anything else, it’s about creating that value for the customer, right? For the person reading, to really draw them in so that they have to learn more.

We’re having an interesting shift now with those static pins and video pins that are designed to get more traffic to our website. And then the idea pins, which are keeping people on the site longer, they have no link.

So with an idea pin, it’s really a multiple page pin. Usually the first shot should be video; those work a lot better than just a still shot.

I’m just going to walk you through an entire concept. Maybe you’re showing someone how to build a deck. You’re going to show everything in that idea pin, it’s going to have all the materials that you need and all the steps it’s going to take to make that project. No clicks from those.

But what you can do is if you have a store and you’ve integrated that with Pinterest—which, by the way, is really easy to do with Shopify—you can then tag your products so that people will be able to purchase as they’re watching how to do it.

The other thing you can do is to tag brands on your idea pins. So maybe you have some kind of a brand deal going on. You could do that. You can also tag affiliate links—Amazon works with this, Target works with this, a lot of the larger affiliate programs work. If you’re not sure if it’s going to work or not, it’s not going to hurt anything to give it a try. That’s how Pinterest is incentivizing creators to put a little more work into their content—because idea pins are a bit more work, but you’ll be rewarded with a lot more distribution faster, and then you can use those ways to make some money off of it as well.

Social Media Advisory Board Member
OG Pinterest marketer, I’ve been deep in the world of social and content since way back. Ask me about organic and paid Pinterest strategy.

What’s getting traction for you?