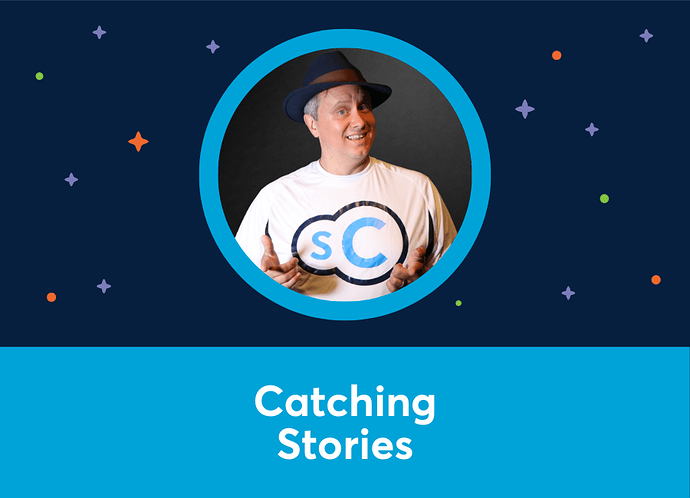 Chad Illa-Petersen, aka The Story Catcher, helps individuals and brands find the stories they didn’t know they had.

We caught up with Chad at Social Media Week Lima #SMWL22 and asked him how he “catches” people’s stories. A lot of it just really involves asking questions. One of the biggest ones typically is, “Why?”.

Or we look at feelings. Sometimes when I’m with somebody I watch their body language as they start to talk about something and I can kind of tell there’s a little bit more there than maybe they’re sharing.

At the end of the day, a lot of it’s just listening and being okay with asking something that might make them a little uncomfortable.

And then, at certain moments in that, there’s just little clues: there’s changes in body language, changes in tone, things that you just kind of learn to recognize that you start to ask some more “why?” questions or, “How did you feel?” And as you do that, you start to pull stories out, where the real emotion is: the “story behind the story.”

I even had one person one time who was holding on to my arm, and I could tell from the way they were holding my arm that something had changed and that they had recognized or figured something out. I’ve had some people come out of it and say that they feel like they just had therapy.

Chad Illa-Petersen @chad
Chad helps you find and craft the stories you didn’t even know you had to create deeper connections and open a portal of belonging.

How do you draw stories out of people for your content?

If you aren’t yet—where could you start?

I ask tons of questions - but via Zoom it is hard to read ‘all the body language clues’ for sure!
I would like to learn more about what to actually look for in changes in voice, tone etc. @chad

I would love to get together and discuss this. And I agree…via zoom it’s definitely easier for people to hide.