I’m sure you all have been following the headlines about Twitter amid Elon Musk’s acquisition. The org. I work for is considering leaving Twitter and migrating to Mastodon and I’m curious to know what other smm’s thoughts are on Twitter at this time.

I’ll be staying at Twitter until otherwise! Mastodon seems interesting, from what I’ve heard its just basically a worse Reddit? Seems like servers are self hosted and there can be limits as to how many have joined?

I’ve seen people say they were overwhelmed by the choices of servers and then never joined one! I am considering potentially making a Mastodon account just to see what it’s like more but honestly, probably not the move unless they make changes.

I have been active on LinkedIn more as an alternative.

As for Twitter, I think there will be some turbulent times ahead. I think that it’s probably fair to have ads stopped there until things calm down. But that could also make ads cheaper if you’re willing to take the risk on them since bidding would be down? It’s definitely an opportunity. Yeah we’ve heard that Elon could consider bankruptcy but just because Twitter declares bankruptcy doesn’t mean its out of the game or even going to stop operations (depending on the bankruptcy # of course),

I downloaded Mastodon, but haven’t created an account yet.

What about you all, @Super_Space_Friends?

From my perspective, Mastodon has too high a learning curve for any sizeable portion of our clients’ audiences to migrate. That means it efforts are still more impactful on other networks or remaining on Twitter.

Personally, I created an account to keep an eye on things. I remain a daily, active Twitter user.

And YOU are one of my favorite people on Twitter @amykpsh – thank you for posting there.

I think there’s definitely an element of wait-and-see regarding Twitter.

My biggest concern for all the social platforms is the lack of human customer support and the number of accounts that are getting suspended for no reason. Spurious claims of inappropriate content for ordinary, acceptable images are becoming more and more frequent.

You downloaded Mastodon? Interesting. Didn’t even know they had an app.

I think the main issue/potential plus (?) is how “decentralized” it is.

It’s basically a self-hosted reddit subreddit. As well as Mastodon being paid by the people.

Mastodon development is likewise crowdfunded via Patreon and via OpenCollective. No venture capital is involved.

I think the main problem with this is stability. A server could shut down at any time for any reason - and probably similar to moderation. It’s almost like Discord servers, except without the stability of the Discord infrastructure.

It also seems fairly technical in terms of setting up the servers themselves, and the potential privacy and security issues haven’t been fully explored.

Also weird I keep describing it like a Frankenstein of other social networks.

Where can brands fit into this space? Would they self-host their own servers? Would they join other servers they have no control of in terms of moderation and stability? I’m not sure.

No, I’m staying on Twitter. It’s one of my favorite channels (even with all the craziness) and I get access to a lot of freelancing opportunities there. From a business standpoint, what I’ve seen Mastodon has too many options/servers from a B2B perspective. If that changes and it turns out to be more centralized or easier to navigate, I’ll reconsider.

While I have set up a Mastodon account, Im not seeing it as a viable option compared to my twitter account and what I’ve used it for in the past.

I saw a lot of buzz about Hive on Twitter today, so I downloaded it

Poked around a little this morning and saw that apparently all of Star Wars twitter has migrated there. Gotta start somewhere, I guess!

What are your thoughts on Hive so far, @eternalkaz?

I think their infrastructure has a lot of work to do. Long loading times, but they can’t be blamed with such an exponential increase in users.

Overall though if it was a little more responsive its a really good app. They got bugs here and there but I think it’ll be resolved. Can’t add more than 3 pics in a carousel without the order going wonky.

I’m still finding Twitter most useful for my community and target audience. No intention to leave among my clients or myself. However, I did create Mastodon, PixelFed, and Friendica accounts to play with in case clients ask about the Fediverse. If I leave any platform, it would be Facebook. I find it less user-friendly and more frustrating every week. 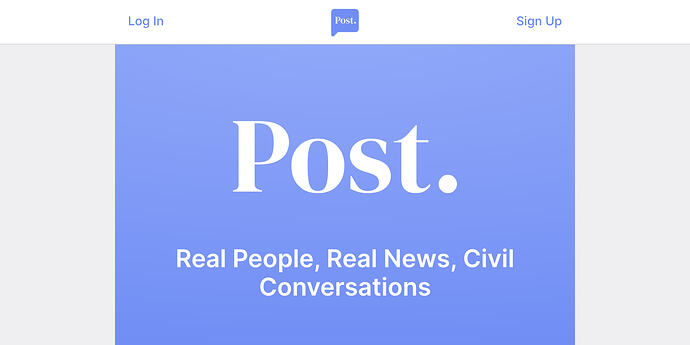 Mastodon has emerged as the most recognizable Twitter alternative as of late. Former Waze CEO Noam Bardin is now trying with Post to...

Don’t know if that one will really launch as a huge player but to be honest there are so many little players in so many niche areas. Like I’ve seen this type of layout used a lot in multiple gaming social media sites… the use of points, etc. 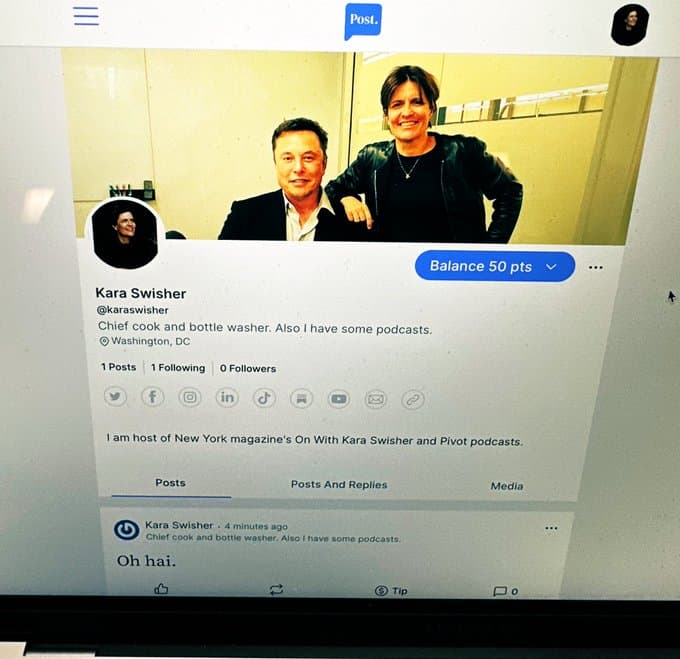 Awesome - thanks for sharing! 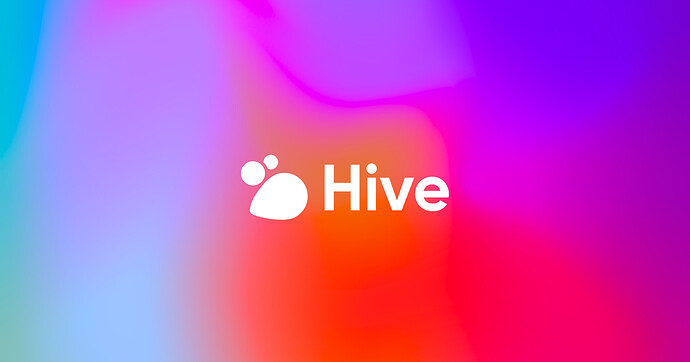 A new social platform focusing on the simplicity of social media. Express yourself without the pressure of traditional social media apps. Join Hive 💛 🐝